Each one of us is the captain of our own ship.
And if our crew consists of some good friends, teachers and mentors, we are likely to navigate a course utilizing a steady supply of their wisdom and experience in tandem with our own best instincts, drive, education and desire to arrive safely at our chosen destination.
Knowing that a clear course, decent weather and great determination are essential to our getting from here to there, you ask yourself the questions:
And from there, you initiate preparations for a very long voyage.
Yet no matter how long you have prepared, on that day of departure, with even the most detailed plans for success having been decided upon, vetted and penciled out, you finally launch — only to discover that the sea has its own ideas about your path.
This is when the “deep learning” begins.
There are days and nights of no wind to fill your sails followed by days and nights of storms. There are schools of fish swimming just underneath the surface waiting to be caught by you followed by sharks just waiting to catch and eat you.
You encounter other vessels on the sea. Some have goods for trade, some are journeying to the home you just left…and some have pirates.
Your experience in the water grows as you continue to navigate your path.
At a certain point, while you may have already landed at several ports along “the way,” you begin to realize that your ideas of the importance of where “there” is and where you “want” to be have evolved.
You recognize that you may have already landed at your destination goal once or twice only to discover that it wasn’t “exactly” what you thought it was. Whereupon, without hesitation, you set new plans for a very long voyage and once again take to the sea to navigate your waters.
And this time, when the days and nights of no wind to fill your sails arrive, you take that time to rest or create or write or get a tan. When the storms arrive along with hundred foot waves, you ride the waves with the skill of a surfer knowing you have the experience to outlast them all the way to shore. You adapt. You navigate. You know how to do this.
And when you realize that you have now spent just as much time at sea as you have in port, well, then you’ve arrived.

Vocal Performance: The Eyes Have It, Pt. 2 — Maintain An Even Plane

Vocal Performance: The Eyes Have It, Pt. 1 — Points of Focus 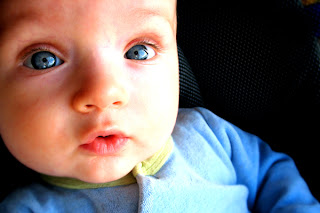 The eyes do have it.  While your voice can fill a room with energy, it is the eyes that bring it all into focus.

Points of Focus (Left/Center/Right) are crucial in vocal performance; in sharing your eyes or line of sight with the audience.

Simplest approach (for now) is to:
1) Stretch out your arms in a “V” in front of you.  It should look like you’re about to hug someone. Eyes are already at Center.  Pick a point about 15 feet in front of you and “see” it.  Really see it.
2) Turn Eyes and Face (just your eyes and your face, not the whole body) left along the left arm.  Don’t go beyond the left arm.  Let the eyes lead the face, don’t go all robot on us…Pick a point about 15 feet in front of you on the left and “see” it.
3) Back to center.  Eyes first, face follows.  Center Point of Focus.
4) Eyes lead face to right along right arm.  Pick Right Point of Focus (15 ft., etc.)
5) Back to center.  Eyes lead the face.

That’s the start of it.  More tomorrow…

I talk about this all the time….

But it does bear repeating.

In an audition, many things are out of our control.  We usually don’t control who our scene partner is when we get paired up to read for a musical.  Today’s economics pretty much dictate that we don’t hire and bring our own accompanist to a musical audition anymore. We certainly can’t control whether or not a production team sees us as having the right look or image for the characters and matchups they have in mind (even if we do wear an original sailor’s outfit from Dames At Sea to the first audition — btw, don’t do that…).

But we can certainly control whether or not we are “present” when we audition.  “Present” means simply being there.  When you walk in the audition room, be there.  If they say hello, say hello back. Don’t prepare a speech or a witty line for when you first walk in — that moment of inspiration is long past and you might not have their immediate attention if and when you do say it; you may unwittingly appear controlling or just loud and obnoxious, possibly interrupting their conversation about the singer who auditioned just prior.

We flip the switch when we are asked to perform.  At that point, we must let go of all self-observation as it is most important that we are present and focused on not just how we sound, but what we are saying, who we are saying it to, why we are saying it and thinking all the thoughts that go along with the freedom of being present.

When you can walk away from a vocal audition and honestly say, “I felt present when I sang,” then you truly did your work as an artist.

“Every time I get on the mound, I pitch like it’s the World Series…”

Just heard that on Sportstalk tonight from one of the game’s top pitchers.

What would it feel like, if every time you opened your mouth to sing, you sang like it was opening night on Broadway?

Music has some very magical properties. Magic happens in my studio quite a bit, mostly because I push my singers to “remove the emotional distance” between themselves and the song.

We don’t ever want to fake ourselves or our audience out of the real energy that is present in our being. That would not only be inauthentic, but, ultimately, pretty boring.

Of course, we don’t need to be a serial killer barber in real life to pull off the lead in Sweeney Todd on stage, either.

Our job within the context of a song or a musical theatre role is to find the through-line of humanity and spirit, which makes all things “relate-able.” Let the sets, lights and costumes do their part. Let the orchestra do theirs. Let us choose to be the vessel of informed energy, armed with words, pitch and emotion, and, having burned said information into our DNA, let us become full energy in performance; concentrated and free, focused and present.

Two Sides To Every Anthem

When you quit on yourself — it only gets worse…

When you let us help you up — we raise you up…

One of my favorite people told me last night that she was considering going back to college to get her degree in Musical Theatre….

I mean, don’t get me wrong, musical theatre is fun and all and if you know how to save money when on the road, it’s even better….

But when colleges do so many things right (science, poli-sci, environmental science, business, law, accounting, history, chemistry, literature, phys ed, marketing) why go through the expense of something they continually do so wrong like musical theatre?

In my one year of college, I flunked Intro To Theatre (was busy rehearsing and having fun instead of reading the book). 13 years later, I won the L.A. Drama Critic’s Circle Award for Best Production.

In theatre, you don’t need a degree. You need guts and a willingness to learn about everything in your theatrical environment.

Which ain’t always in L.A.

But, if you’re “stuck” in L.A. and you ultimately want to do musical theatre in N.Y., here’s my best prescription for proactive, positive growth and development:

1. Focus on getting commercials: The pay’s good and you can become a familiar face throughout the world;

2. Focus on getting in front of the camera: Any instance where you say words with your clothes on is a learning experience, so get started — you can become a familiar face throughout the world;

3. Study acting with a teacher who has trained people who are currently working in front of a camera: Makes sense, doesn’t it?;

4. Study voice with a teacher (like me) who has trained singers who are currently working on the stage;

5. Take a dance class at least once a week: It’s good for you.

6. Every audition is a chance to create a positive relationship with a producer, director, casting director, musical director…GO TO EVERY AUDITION. NO EXCUSES.

You can work and you can train at the same time. Don’t worry about the money. Budget accordingly, but PRACTICE YOUR STUFF.

Uhm, did I miss something in my college music theory class? If I read one more time that pop star #1 or voice teacher #2 has a five-octave range, I’m gonna start holding protest rallies in front of the Walt Disney Concert Hall.

If you’re a singer, don’t buy into it. It’s a publicist’s claim for more ink in the Calendar section, not a claim rooted in music reality.

“Circus freak” comes to mind, but not better.

There have been hundreds of female belters in pop, jazz and Broadway recordings who did groundbreaking work within an 11 or 12-note range. Think (old school) Mary Martin, Ethel Merman, Billie Holiday, Peggy Lee… I never heard anything about those gals having a 40-note/five octave range! My female belters work from a low F (in the traditional alto range) up to a high Ab (about a 16 or 17-note range or two-plus octaves) which is more than plenty for a true pop/Broadway belt song. Elphaba in “Wicked” belts about a two-octave range. Perhaps Stephen Schwartz didn’t know what to do with the other three octaves? For us guys, even Luciano Pavarotti in his prime probably had a 20-note range (about two and a half octaves). Sure, I didn’t count his falsetto which could have given him maybe another octave — maybe — but I guess that, like Stephen Schwartz, Verdi and Puccini didn’t know what to do with those two extra octaves either.

Burt Bacharach wrote some range-y tunes (“Do You Know The Way To San Jose?” comes to mind), but a five-octave song would have been professional suicide (and think of poor Dionne Warwick!).

Imagine your favorite karaoke bar then…

The most popular melodies of all time have well under a two-octave range. That’s because the public, the untrained singers out there, likes to sing along, too.

The best dancers don’t have the biggest feet, nor do the greatest singers have the highest or lowest voices.

In singing performance, it definitely helps to have a solid, flexible range with some excitement or “heat” in the voice complemented, more importantly, by knowing what to do with a lyric — how to interpret a song.

But great singers don’t need to “brag” about their range because, frankly, that’s not what made them great singers in the first place.

By the way, from the very bottom to the very top, a four-part choir sings in about a five-octave range.

This blog is open to all who want to continue working as singers and those who want to get started as working singers. We can meet here as often as you like.

Bottom line, being a working singer is a hustle.

If you want to be a working singer, then you need to sing…constantly. Everywhere and anywhere they’ll have you until the demand for you is so high that you have to start turning the free gigs down and only taking the highest paying ones. Hey, we only have so many hours in a week….!

Feel free to comment, challenge, etc. Just keep it honest and direct. Having a sense of humor helps too!